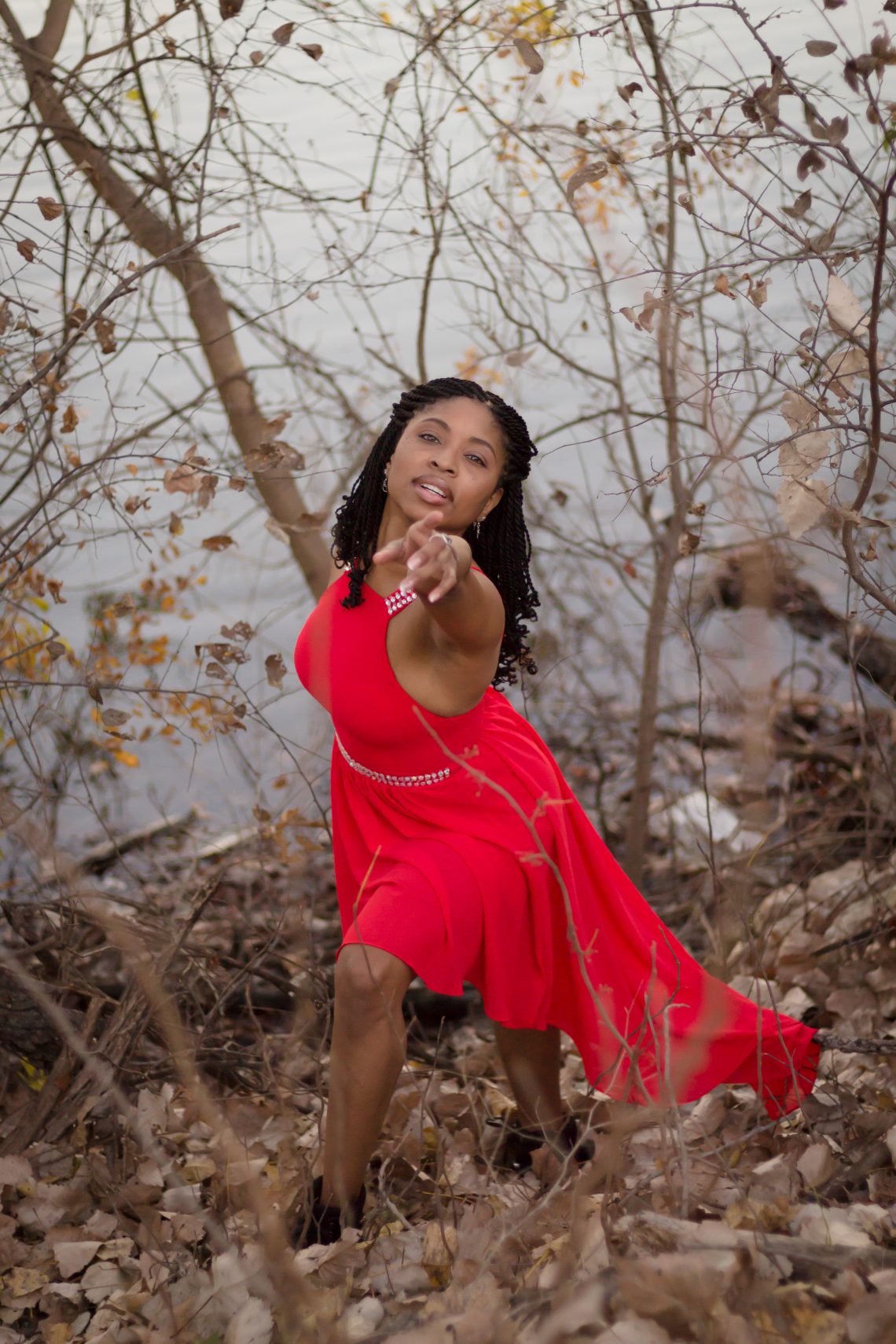 As the new year is upon us and people are setting their intentions, I began reflecting on a leadership lesson from dance that I am still learning – Where Your Eyes Go Your Body Follows.

In other words, where you set your intentions is where you are likely to head. This is why people create goals, resolutions, affirmation words, and vision boards to keep them focused on the direction in which they want to head. In dance, intention can be transferred to one’s eyes. Below are a few examples of what I mean:

When I was a child I remember my dance instructors commenting that when I performed, I would look at the ground instead of out at the crowd, whether during a performance or in the mirror during practice. Where other children struggled to smile during the performance, I struggled to look up. I didn’t want to see all the faces or be blinded by the lights. I kept myself, my thoughts, and my focus inward and my eyes looking down. Over the years I learned to look farther away from me on the floor, or to the back of the room over the heads of the crowd, and eventually I began to look into the eyes of the audience without messing up. As I became able to allow myself to be seen, my expressions and emotions began to also show themselves. When my eyes were focused inward so was I. As I have learned to look up and out in the mirror or into the audience, my self expression has blossomed.

Turns provide another example of the importance of where you focus your eyes. Turns are sharper and more controlled if the dancer uses a technique called “spotting”.  Spotting is when a dancer picks a spot on which to focus (i.e. a location in the room or ton heir partner). Typically it is the area to which the dancer wants to return. As their body turns their eyes remain looking at one spot until their head has to turn. When their head turns they immediately realign their eyes / head to the original focal point. When a dancer does not “spot” with their eyes, they can become dizzy during multiple turns, or they can get off balance, and lack precision. As I have learned to use my eyes to “spot” during a turn, I have felt more in control and capable of doing more than I thought imaginable.

Finally, as I have been practicing and teaching Latin partnered dance, I have been reminded of the importance of where you focus your eyes as it impacts the role of a follow. When the lead raises the follow’s hand, it is important that the follow continue to look at their hand rather than where they think the hand may be going, because once they look away their body tends to follow their eyes, no matter what the lead was intending to do. This mistake is called back leading which is anticipating combinations of movements or patterns. It is much easier for a follow to react in the moment to whatever the lead does if they keep their eyes on their hand, if it’s being moved, or their lead, if their hands are in a neutral position.  If a follow’s eyes are on their partner or their hand, they are more likely to see or feel their leader’s signals for the next move much more smoothly and quickly.

In the leadership role, this dance lesson translates to watching what is put in front of you, what you focus on (i.e. topics, people, messages, etc.), what you pay attention to (i.e. news, television, reading sources, media, etc.), who you keep company with (i.e. who you look up to/emulate, mentors, role models, coaches, advisors, friends), and what you spend time doing (i.e. hobbies, habits, activities) because it will influence where you go…