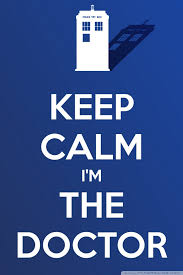 I have and continue to struggle with my new title of doctor. I struggle with what I want to be called and with how I am perceived based on my preference.

You Earned It!
I have friends and colleagues who have told me that I deserve to be called doctor because I have earned it. They say that when they get their degree they will request to be referred to as doctor all the time. While I understand where they are coming from I am cautious about this thought process. I had some graduate assistants start calling me Dr. and referring to me as Dr. to get be used to hearing it. I also had a graduate student ask me why I don’t introduce myself with the title in meetings. It’s one thing to fantasize about what you would do it’s something else to live it. I did work hard to earn my doctorate yet I also don’t want to shove it in people’s faces…

Who Do You Think You Are?!
I am cautious of claiming the title of Dr. that I have earned for fear that others will think that I have an inflated sense of self or that I see myself as better than they are which is far from the truth. I know that I can learn from anyone regardless of title, position, age, or station in life. I therefore am intentional about when and where I use my title and much prefer if people come upon it not directly from my telling them (i.e. my business card, signage, credit card, or someone else introducing me). Perhaps this caution or fear stems in part from my family’s commentary on my continuing school growing up. They did not understand why I continued to attend school, teased me about always being a student, and the more education I got the more they seemed to separate themselves from me with the excuse of I am too smart for them / their conversations. I never want to use my education to make someone feel inferior though I also want to be myself. I never want to come across as arrogant or self-centered yet I also don’t want to make myself less than I am to make other people comfortable…

Difference Responses by Gender
I notice that this issue of titles may be influenced by my gender or my race. When a man with a doctorate says, “call me by my first name” it is received as him being down to earth yet people do not forget to introduce him to others with the Dr. title. When I go by my first name I get introduced to others by my first name. People somehow forget to acknowledge my credentials. I have heard this happen at award ceremonies when a man and a woman both with doctorates are talked about and introduced the woman is referred to by her first name and the man referred to with the Dr. title. That is not fair but it is my reality. Then add my intersection of identity as a Black woman and my requesting to be called Dr. can be perceived or or interpreted as me being too strong, full of myself, rigid, unapproachable, and as though I am putting a distance or barrier  between myself and them. Often because of my identity I have to do more to get equal recognition of my title yet be weary of the negatively connotations that could occur for doing so.

Imposter Syndrome
I sometimes think I am not ____ enough (as Dr. Brené Brown talks about in her shame research) to be called a doctor and somehow I will be found out. I unfairly compare myself to others as examples of how I do not measure up and then stop myself from trying to stand out for fear I will be called out, challenged, and criticized.

The Surprise Effect
I have enjoyed the reactions I get when people meet me as Shauna and find out later from my email signature, voicemail, or somewhere else that I have a Doctorate and are surprised. Most of the time they are surprised because “I am so grounded, humble, and down to earth” which they haven’t experienced of a person with a Doctorate. I also hypothesize that this surprise is because I am a woman, because I look young, and because, like me, they have never personally known a person with a doctorate.

For these reasons and more I have gone back and forth about what I want to be called, how I introduce myself, how I refer to myself, how I ask my staff to refer to me, and whether to correct people if/when they do not. I have come a long way and have a long way yet to go on this journey of identity…

Read another blog about my experiences with the title doctor at: http://shaunatsobers.com/callmedr